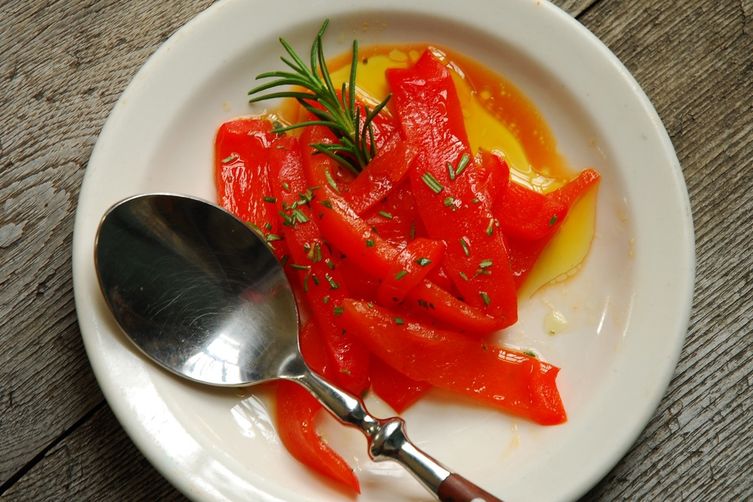 Author Notes: This is a departure from the traditional sauteing approach using oil. Patricia Wells gives a recipe in her book Trattoria that she credits to the owner of Al Forno, in which the unpeeled peppers are sauteed in red wine vinegar. I wanted to incorporate two flavors I love with red peppers, orange and sherry vinegar, and came up with the following recipe. Peeling the peppers makes them infinitely more silky and sublime then the original version, with no trace of bitterness. – Amber Olson —Amber Olson

Food52 Review: These are just fantastic. I like the technique of peeling the peppers, which worked like a charm. While I like roasted peppers, I don’t make them often because, lets face it, it is a hassle. I have a ceramic peeler and it did the job lickity-split. I cut the peppers thin by accident and next time I make them I would cut them thick like the recipe asks. Beyond technique, these peppers become delectable, sweet, sour and tender by the slow simmering in the tasty broth of orange juice and sherry vinegar that becomes beautifully thick and syrupy — just perfect for the dressing it becomes later. The rosemary is the capping touch along with all the optional spice additions. – thirschfeld —The Editors