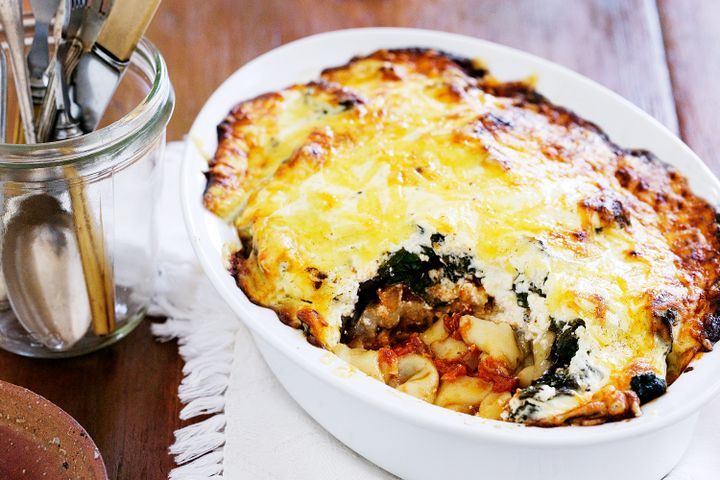 You could add 200g chargrilled capsicum with the eggplant in step 4. You can freeze packaged fresh tortellini for up to 3 months or store in the fridge in an airtight container for up to 3 days once opened.