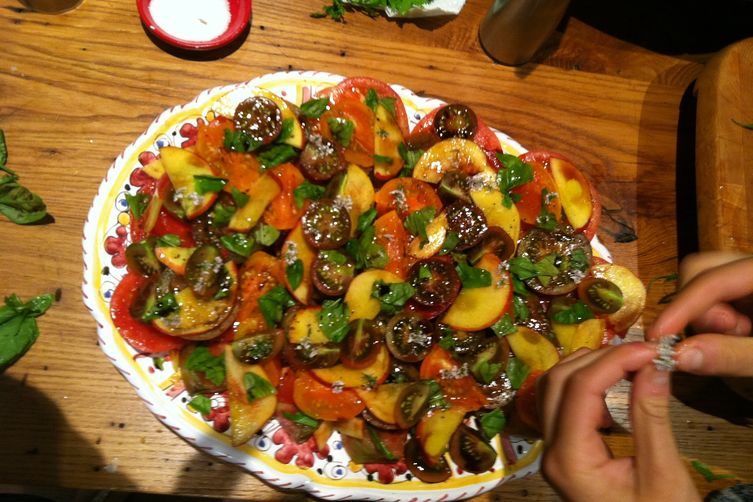 Author Notes: When it’s august and heirloom tomatoes and peaches are at their peak, serve this refreshing side with any grilled meat or on its own. Crumbled goat cheese would be a great addition. —Hallie Meyer