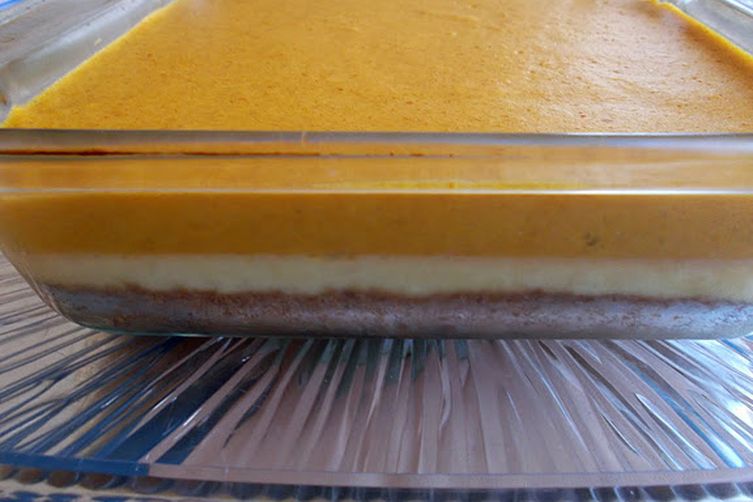 Author Notes: This recipe is inspired by Chef Brad Farmerie, who calls his mother’s Thanksgiving cheesecake recipe a “home run” to pumpkin pie. I used chef Farmerie’s technique but changed some ingredients, some added and some omitted. I used Dulce de Leche instead of sugar to add a caramel flavor, added orange zest, vanilla and orange extracts, which I like with pumpkin and omitted egg yolks in the Pumpkin Mousse. In the original recipe the cake was baked in 9-by-13-inches Pyrex baking dish, but I recommend making the cake in a spring form; it will look beautiful and make slicing the cake a lot easier. Try it as a decadent alternative to pumpkin pie. —Kukla

For the Cheesecake and Pumpkin Mousse