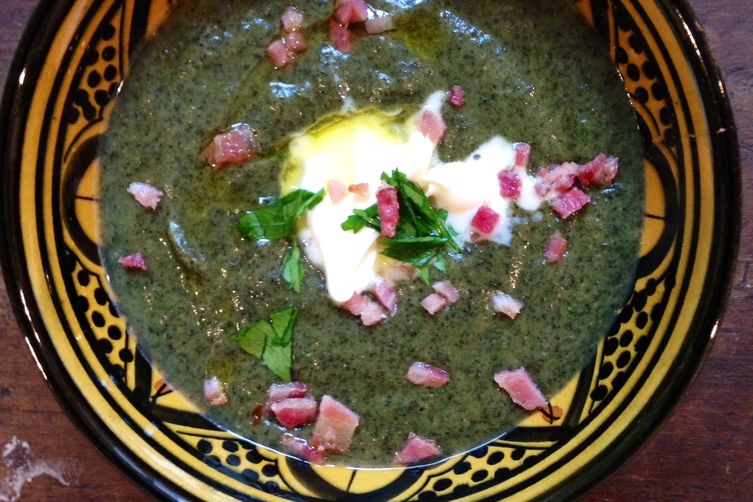 Author Notes: This was one of those recipes that on first taste, I thought to myself: Wow, that worked; second taste: that reeeally worked. I credit Alice Waters’ The Art of Simple Food with the inspiration for the flavor combination. To quote Alice herself, “I was amazed to discover how little Parmesan and butter transforms plain wilted chard. Try it and see.” (See Alice’s recipe for “Chard with Parmesan”.) Try it I did, and was equally amazed. But to give the soup more depth, I added bacon while cooking the onions and potatoes, which I removed and later used as a garnish. (No, I did not “soupify” the bacon.) I also added parsley as I pureed, to boost the color and balance the rich flavors – asiago and bacon – with fresh herbs. The result is a thick soup that works as a meal. Thanks again, Alice! —Caitlin Gunther Raux