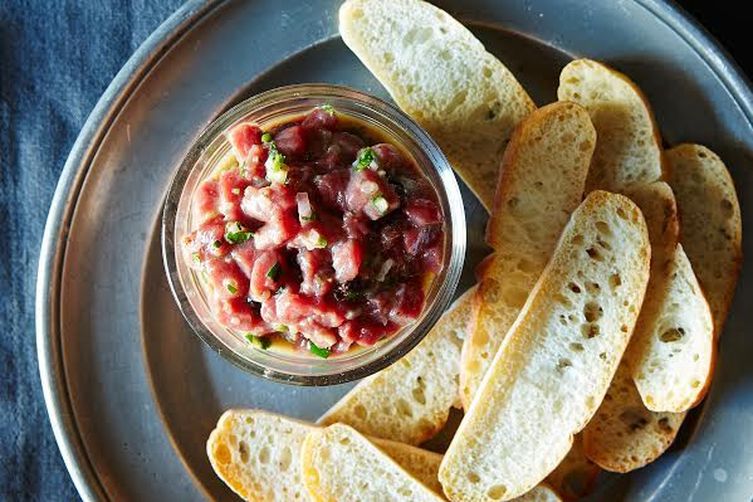 Author Notes: There are quite a few rumors about the origins of steak tartare, the most popular being that the recipe descended from the Mongols of Medieval times, who the Romans called “Tartars,” and who, because they were nomadic and had no refrigeration, ate all of their meat raw. The actual reason we call this dish of minced raw beef “tartare” is, unfortunately, much less interesting. Tartare was first written about in early 19th-century France, and it’s simply a shortening of “steak à la tartare” — a.k.a. steak with tartar sauce. Originally, the dish was always served with tartare sauce — which consisted of vinegar and hard-boiled eggs — but over time, it’s taken on many forms. The egg and the vinegar have remained, as has the raw minced beef, but these days steak tartare usually includes capers and onions as well. Sometimes you can even find Worcestershire sauce, mustard, pickles, or herbs added into the mix. —Cara Nicoletti