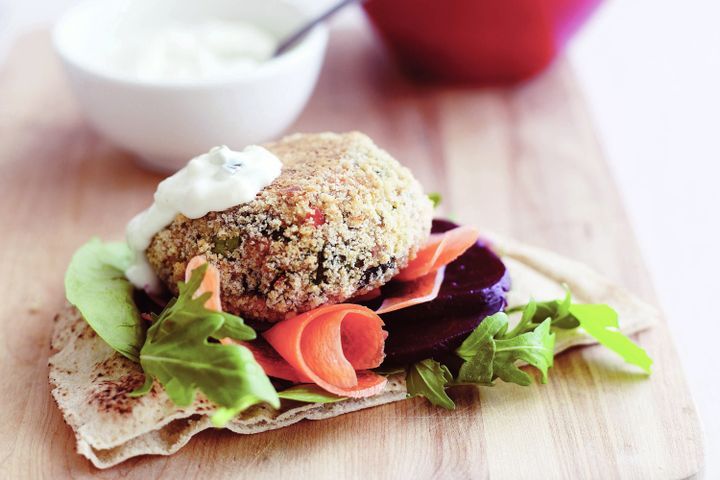 You are here: Home / Diet and Health / Lower gi / Spinach and salmon burgers with tzatziki