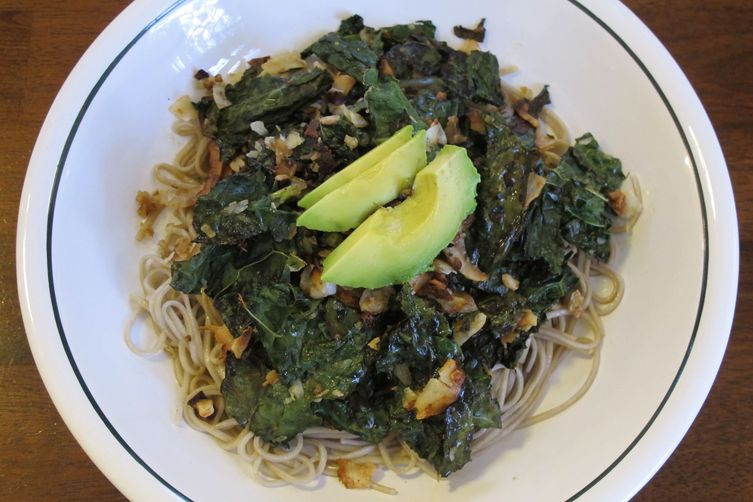 Author Notes: We eat this noodle bowl at our house almost once a week. The kale-coconut combination is inspired by recipe from Heidi Swanson’s Super Natural Every Day, which I’ve been tweaking for the last few years until I settled on my ultimate version. The kale and coconut roast until crispy and makes a great pairing with the soft noodles and creamy avocado. It’s versatile, quick to make, and relatively healthy. —Kitchen Sink Diaries