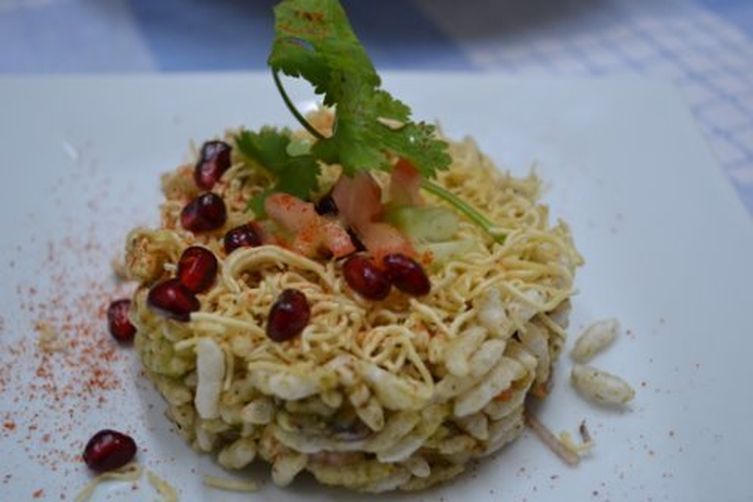 Author Notes: This has been an incredibly productive week in terms of food prep. I’ve had so much fun making my favorite Mumbai street foods, & I have the entire food52 team to profusely thank! Although in the end, this is a contest that will be judged & a winner selected and editors picks nominated, for the first time since I started participating in food52, It feels that adding these piquant offerings has been a labor of love. My entries may win or may not even be nominated for an editors pick, doesn’t matter, I’ve already reaped my rewards!

Mumbai is the city of my childhood & youth, She’s nourished & enriched me socially, culturally & academically. Its to Mumbai & its culinary heritage that I fall back upon when going nuts developing my unique creations of fusion cuisine. Picking just one street side food item would be like asking a mother to pick a favorite child!

Bhel puri is the only one of the set of dishes in this series that requires a spoon to eat. Bhel may be described as a colloquial term for ‘mixture’ As the name suggests, its a mixture of unsweetened puffed crispy rice, tomatoes, cucumbers, onions, potatoes bound together by a piquant sweet & savory blend of green & brown chutney. the sev used to liberally garnish the finished product, adds an extra crunch. Of course, the extra heat that is added in the native version in the form of finely minced green chilies, has been omitted.. —Panfusine