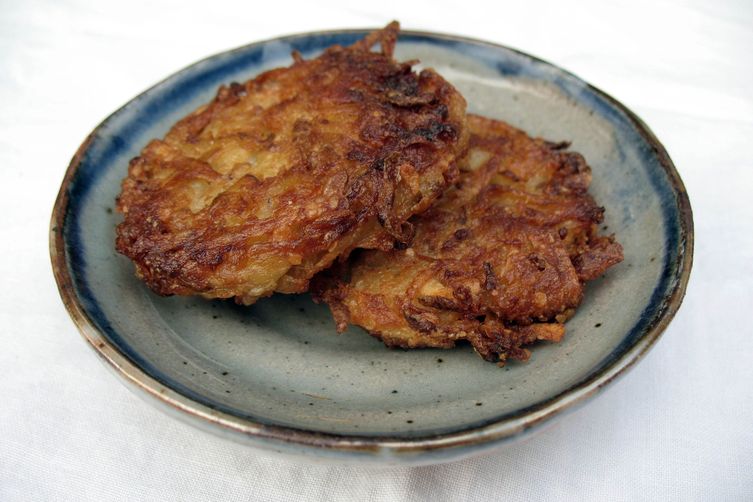 Author Notes: Yeah, I just posted a recipe for delicious sweet potato/parsnip/leek/feta latkes. But I’m also a sucker for the classics. To take basic ingredients from simple to stellar, I wring every last bit of moisture from the potatoes, so that you don’t need to sop up the liquid with a lot of starch (which makes them sodden and less potato-y). I pre-fry the latkes and then reheat them in the oven, which lets them cook more evenly (and lets you entertain without the odor of fry oil hanging in the air). And my how-did-I-ever-make-latkes-without-this secret: put the cut ends of the onion in the oil as it heats, which infuses everything with a delicious savory flavor. – deensiebat —deensiebat

Food52 Review: These are simple yet stellar, just as the title implies — exactly what a perfect traditional latke should be: just all crunchy potato goodness with a distinct onion flavoring. I ended up hitting the three dozen mark from just halving the recipe, so down-scaling may be required. – Andrea —The Editors