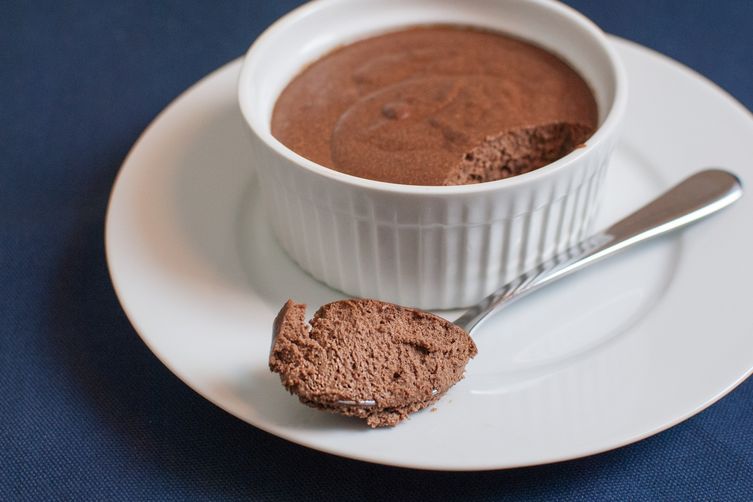 Author Notes: An addictive dessert for those with a slightly stronger savory persuasion. Dark chocolate mouse is accented with a hefty amount of sea salt. —Savory Love

1) In a small bowl, place the chocolate, milk, and salt and microwave in short bursts until the chocolate is melted (usually two sets of 30 seconds). Mix together until well incorporated. Set aside.
2) Place the whipping cream into a chilled bowl and whip until there is enough air to create floppy peaks with the cream. Set aside in a large bowl big enough to hold all ingredients.
3) In another bowl (or the same bowl you used to whip the cream in after being cleaned and dried), whip the egg whites until they become very white and and have stiff peaks.
4) Slowly and gently fold in the melted chocolate mixture into the whipped cream, turning the cream and chocolate onto itself instead of mixing. The goal is to maintain the air you whipped into it.
5) Once the chocolate is evenly mixed in, add the egg whites to the cream and chocolate and continue to fold gently until all three ingredients are completely incorporated.
6) Divide the mousse evenly among four small dishes. Chill in the fridge for at least 4 hours.