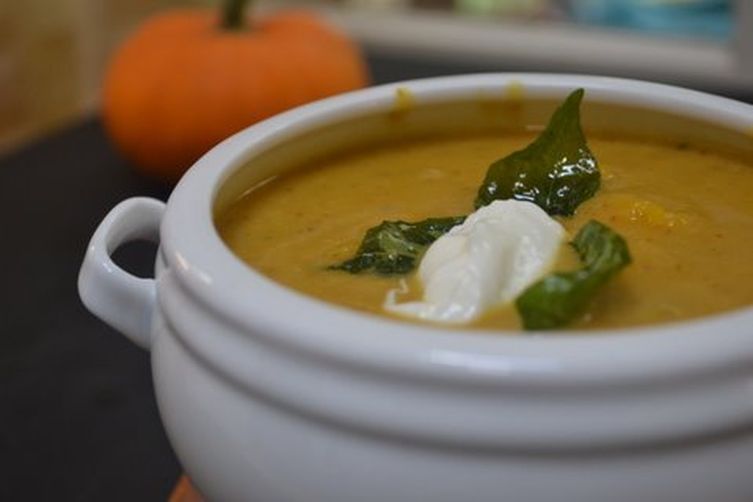 Author Notes: I fell in love with roasted pumpkins when I set out to make pumpkin puree from scratch.. so much so, I had to consciously stop myself from polishing it off the whole lot from the baking pan armed with a teaspoon. Eventually once the craving monsters had been pacified, I settled down to think about the culinary fusion potential of this golden manna. Networking my neurons had me thinking about Bobby Flay’s pumpkin soup that was served at his book signing event at Williams Sonoma, but to give this my own ‘panfusine’ touch, I recreated the taste of a little known pumpkin stew from Southern India, the ‘thalagam’. Thalagam is made in south Indian homes for a festival honoring Lord Shiva, known as ‘tiruvadhirai’ celebrated in December. redolent with the aromas of toasted coconut & Sesame, the spicy stew is paired with sweetened rice grits. Flavors that most would have & probably will, never savor at any dining establishment. —Panfusine