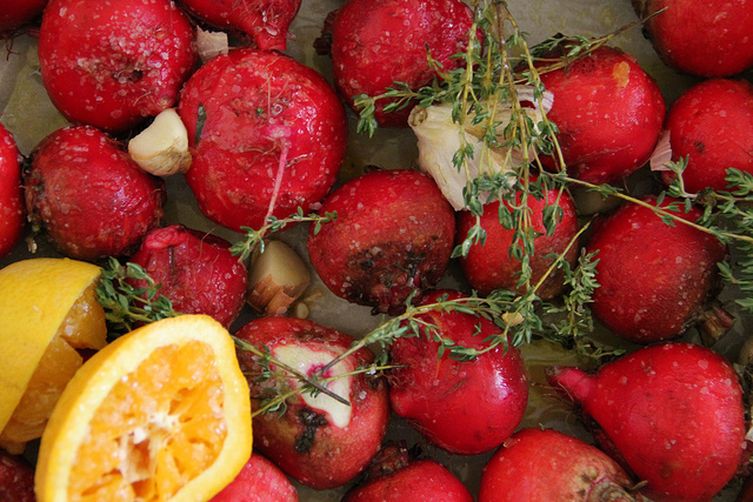 Author Notes: Beets are popular these days and I think its because we’ve figured out how to cook them. They used to be just boiled or pickled and that created a legion of beet haters (my girlfriend included). But when you roast them with a little added flavor, their sweetness comes out in a more savory way. The one drawback is that they take some time to cook. So when you are thinking about dinner and beets are included, make sure to get them going right away. Here is a recipe for roasted beets paired with duck hearts. At The Publican last month, this was the garnish for a sardine, but I think it makes for a great appetizer. —The Perennial Plate

Serves: 4-6 as an appetizer