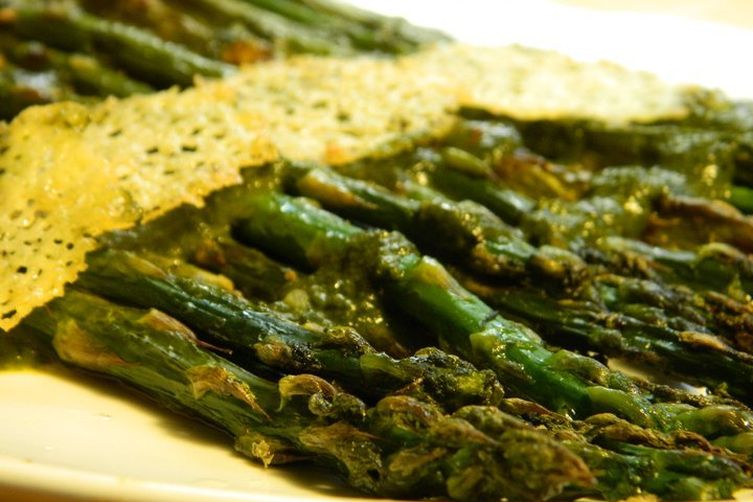 Author Notes: We get our new CSA veggies soon, so it’s time to start using up what’s left. Unbelievably, there’s still asparagus in the fridge after a whole five days! I vow to never again neglect these tasty stalks, chock full of antioxidants and an impressive legacy (Asparagus is noted even in the oldest known cookbook dated back to the third century. It’s a wonder to me that we ever discovered asparagus as edible since they produce berries at a later stage in their life cycle that are poisonous to humans).

Since veggies like these can lose their sweetness over time and I’ve been letting them sit, I’m going to roast them to bring back the sweetness that makes asparagus so notably addictive. Once roasted, they’re going to bathe in a parsley & balsamic vinegar sauce that should enhance the earthy and sweet flavors of this vegetable and I’ll top them with a Parmesan crisp. —OfBaking