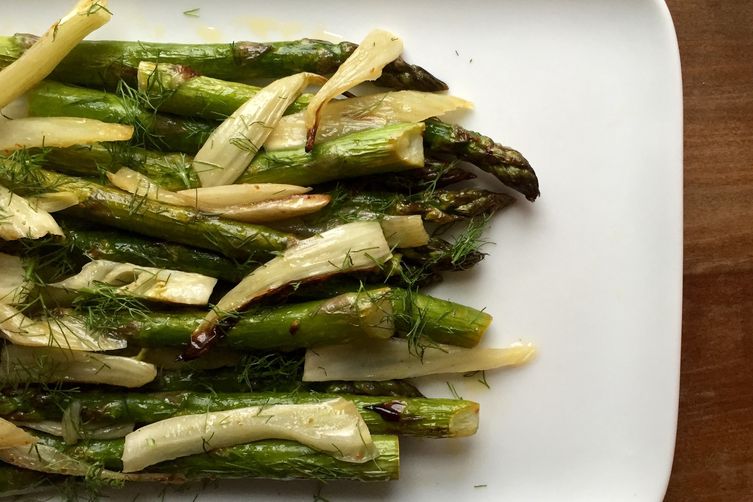 Author Notes: I intended this dish to be a sprightly salad of shaved asparagus and fennel with a lime-chili vinaigrette. But when shaving the first spear of asparagus, I decided that I wanted something warm and bold in flavor. So I cranked up my oven, tossed the asparagus and fennel in a liberal amount of olive oil and chili flakes, and threw in a halved lime that was destined for my vinaigrette. I then slipped the whole pan under the broiler to enhance the charred flavors. I finished the dish with juice from the charred lime and fennel fronds. The charred lime heightened and married the already bold flavors. My dish was the complete antithesis of sprightly, but on a cool spring evening, it completely hit the spot. —EmilyC