by Lee Wong Hao
in Snacks
0 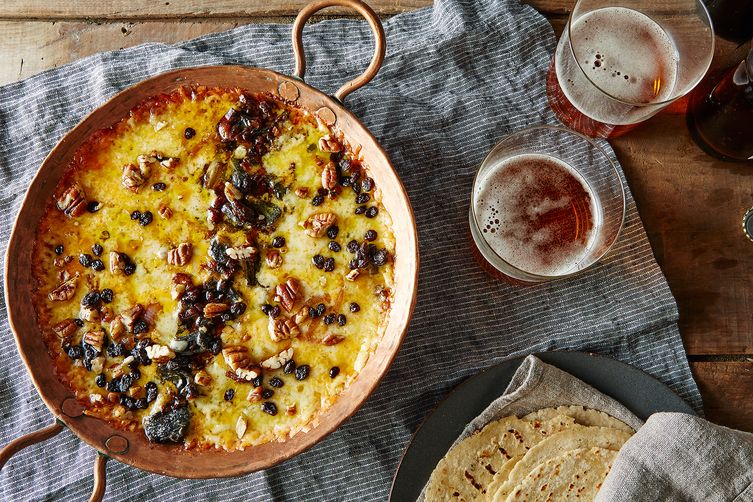 Author Notes: Typically when I enter a recipe for Food52, I make it, tweak it, and take it’s picture before I post it. I have made this so often though that I can type it up without making it right now, though if time allows I will later in the week—after all, it’s delicious!! Queso Fundido is often made with chorizo, but I find that to be a little greasy and heavy, so I make a vegetarian version with mushrooms and toasty nuts, and a hint of sweet from the currants. Also, if you can find huitlacoche (cuitlacoche) it is wonderful with this! It is available at Latin markets here in Texas but I am not sure of that is true elsewhere. —aargersi

Food52 Review: WHO: Aargersi has four contest wins under her belt, proving everything’s bigger (and better) in Texas.

HOW: Combine sautéed onions and peppers with cheese. Top with a mushroom mixture (including sherry-soaked chanterelles) and corn smut, then bake until the cheese is melty and bubbly.

WHY WE LOVE IT: Queso Fundido had us at “melted cheese,” but once we tasted it, we discovered a depth of flavors—wine from the rehydrated chanterelles, rich earthiness from the corn smut, and a touch of sweetness from the currants. Even after all the tortillas were gone, we spooned this straight out of the pan. —The Editors