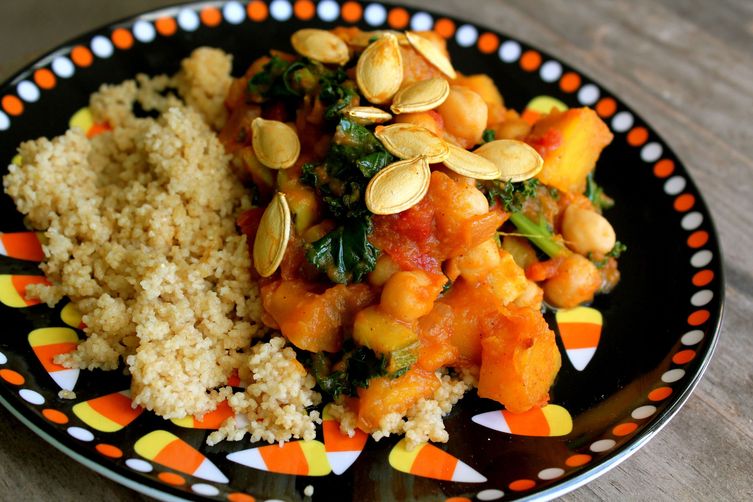 Author Notes: There are approximately 1,400 Jewish holidays. Good thing I like celebrating! During the Fall holiday of Sukkot, Jews build a Sukkot, kind of a fancy hut, in their backyards where they eat dinner and even sleep in during the week. (Pretty much the closest you will get to Jews camping. I mean where would I blow dry my hair?) The hut is reminiscent of similar ones Jews build close to their harvests every fall to be close to their crops, and also the tents they built during their 40 year trek in the desert. When I was reading up on traditional foods, I came across stews, and knew that I has to make one of my own. Now that it is a brisk 70 degrees in Austin, I can indulge my love of all things stew! —What Jew Wanna Eat