Panade with Gruyère and Onion-Garlic Confit 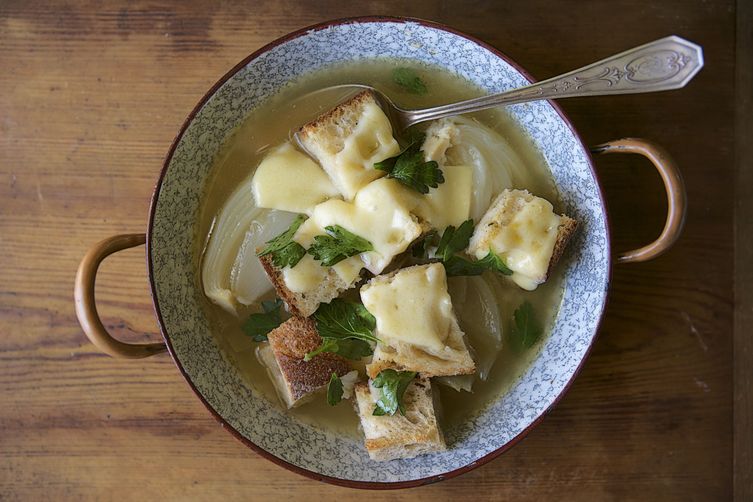 Author Notes: A panade is a broth thickened with toasted cubes of levain or bâtard bread, creating a hearty, soulful soup. It’s a lighter, fresher version of French onion soup, and can be served to vegetarians because it’s made with a cheese broth instead of beef or veal stock. It’s much faster to make than the old standard.

A mountain-style cheese such as Gruyère, Comté, or Pleasant Ridge Reserve works best here for two reasons: The cheese becomes elastic and holds its texture in the hot liquid, and the flavors of the soup — the yeasty bread and sweetness of the caramelized onions — are reminiscent of the flavors in the cheese.

The Onion-Garlic Confit gives this soup wonderful flavor, but if you like, you can make this recipe simpler by using chicken stock and quartered onions, as shown in the photo. —Sue Conley & Peggy Smith