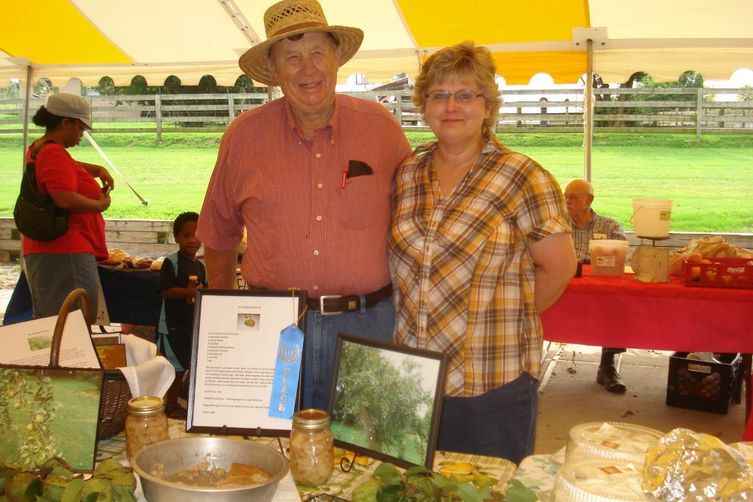 Author Notes: Old Fashion Pear Pie where the pears comes from a pear tree over 100 years old, planted before the 1900’s. This pear tree has produced pears for at least four families that have lived on now the family farm in Canton, Georgia. My Mother-in-Law, Mrs. Bernese Cagle passed away from Cancer June 22, 2011. This recipe was handed down from her Mother-in-Law Estelle Cagle; which is my Father-in-Law’s Mother. I use the original pie pan, aluminum, that has been handed down three generations. I now the third generation to use this pan and make this pear pie.

Our local farmer’s market had a pie contest where my Father-in-law, Albert Cagle, insisted on me making this pie for the contest. So in memory of Ms. Bernese I did so. We won First Place. What a great experience and very emotional day for all. Four judges from local restaurants Atlanta and Woodstock GA., judged several different pie recipes. The pears that I used to make to pie where pears canned in 2010 by Ms. Bernese which made it even more special to us. Since the contest Albert and I have made pear perserves and canned pears for the next year.

This was in loving memory of Mrs. Bernese Cagle.