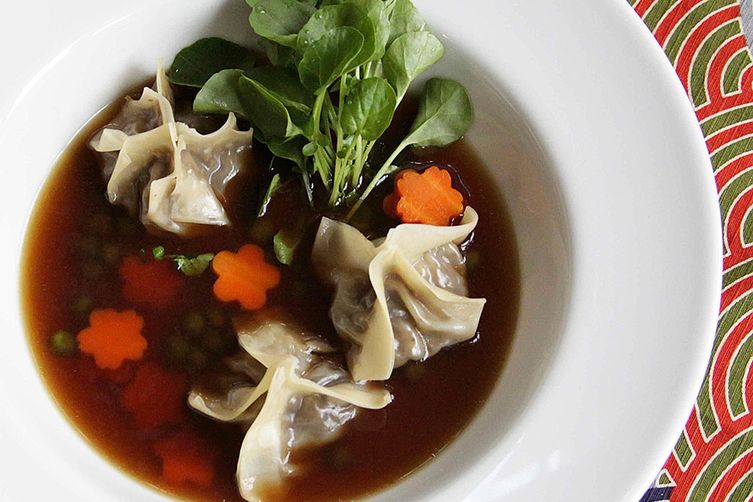 Author Notes: I once had the most amazing eggplant dumplings at Aqua in San Francisco and had wanted to try something similar. Rather than the luxurious lobster broth they were served with, I decided to pair them with an earthy mushroom broth. Some sweet bursts of peas and carrots balance that earthy smoke and the watercress adds a perfect bite. —savorthis