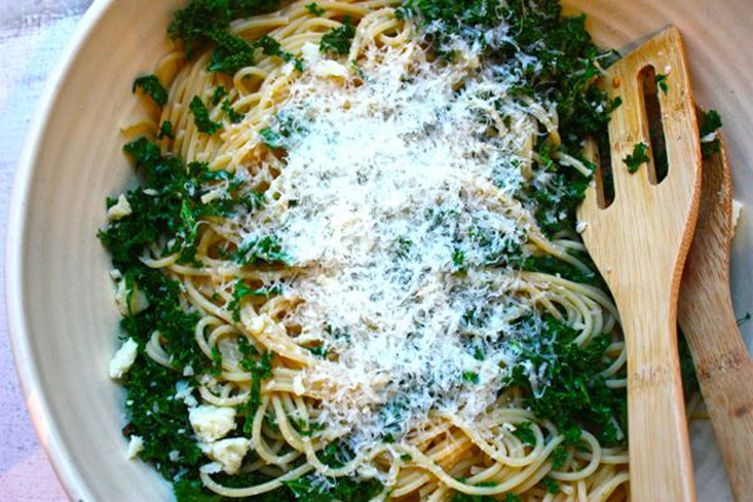 Author Notes: Back in 2011, I decided to order a CSA box. That summer I was pregnant for the third time. Still, each week I braved through mountains of dirt-caked kale. And I found that it is life-changing. Not only is kale a superfood, packed with antioxidants; but it also tastes great and can be used in just about any recipe you can dream up. Like this lemony and light weeknight pasta, which takes nothing more than dressing your kale like a salad, tossing in some pasta, and adding a fistful of shaved pecorino. Enjoy! —Feed Me Dearly