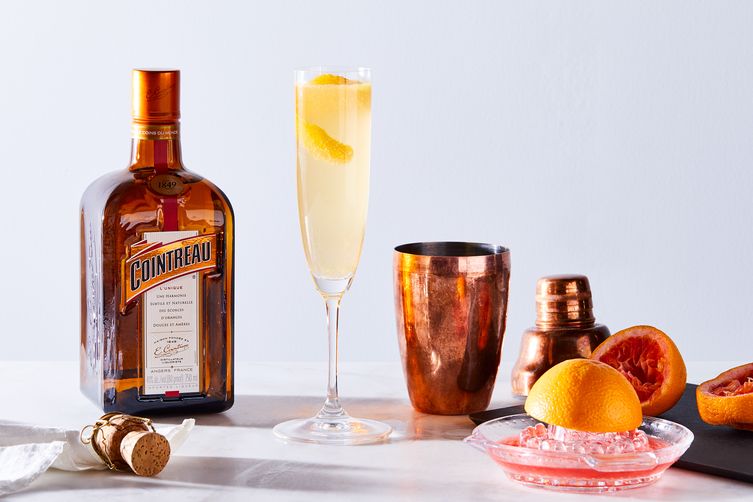 Author Notes: Inspired by one of my all-time favorite movies, Francis Ford Coppola’s 1972 American crime classic The Godfather, this cocktail is a riff on the French 75, which typically calls for gin or Cognac, simple syrup, fresh lemon juice, Champagne, and a lemon twist. For a not-so-subtle reference to the film, I swapped out the usual lemon juice for fresh-squeezed blood oranges, which are in season from December through April.

The juice has a deep red color (catch my drift?) and bright, citrusy sweetness, while the orange itself actually has a bit of symbolism in the The Godfather: According to a few eagle-eyed film buffs, oranges pop up throughout the film to foreshadow death (a little bleak, I know, but it is a mob movie after all). To balance out the acidity and bring out those lively orange flavors at the same time, I ditched the simple syrup and used Cointreau, an orange-flavored liqueur with a light sweetness, instead. The Prosecco topper adds a refreshing effervescence that would make this drink feel right at home at the wedding of Don Corleone’s daughter. —Erin Alexander

Food52 Review: This recipe was developed in partnership with Cointreau. —Food52