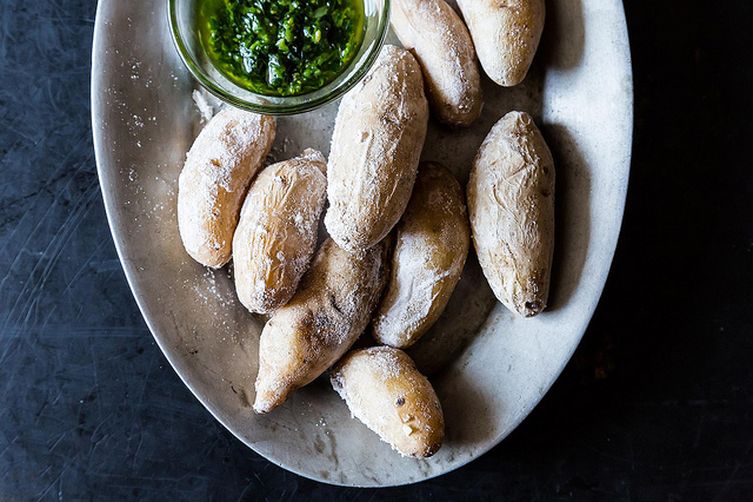 Author Notes: If you boil new potatoes just a little differently — in a wide shallow pan in a single layer, with no lid and a lot of sea salt — you get a head-turning new appetizer. Or serve it as a side for grilled steaks or chops or butterflied chicken to and the mojo will get even more play. Adapted slightly from Spanish Flavors (Kyle Books, 2013) —Genius Recipes