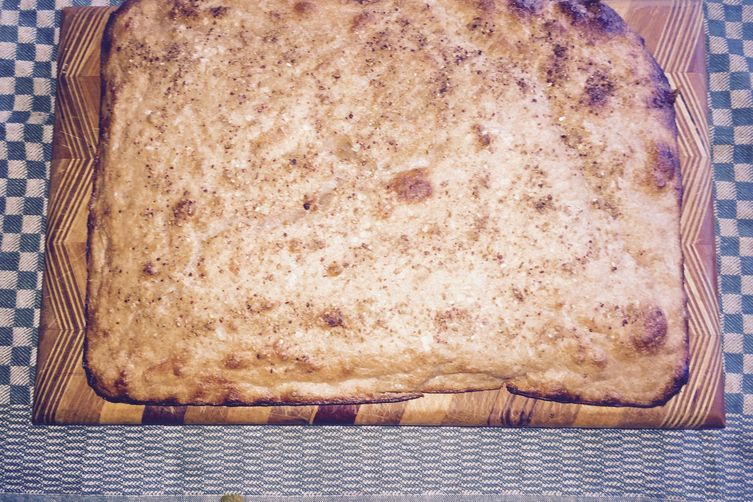 Author Notes: the proportions for this recipe originated in Rose Levy Beranbaum’s recipe for lighter-than-air focaccia in “The Bread Bible.” I became aware of it because reviews of the book declared the recipe impossible and clearly a mistake — a challenge I could not resist. it was so called because the proportion of flour to water was extraordinary. where a typical bread is around 65% water to flour, hers was 113.5%. not a typo, the weight of water exceeds the amount of flour.

several things about the original were not to my taste. for example, she adds sugar; she uses commercial yeast; and she uses plain unbleached flour. So, I’ve been experimenting with alternatives for several years now, and have settled on my own version. I hesitate to call it a focaccia any more, but have reverted to the English equivalent name: hearth bread.

two warnings here: if you’re not already an experienced bread baker, this will probably be a bit daunting, as a number of reviewers of the book made clear. second, if you do not own a standing mixer it will be beyond difficult to make. —FermentZed