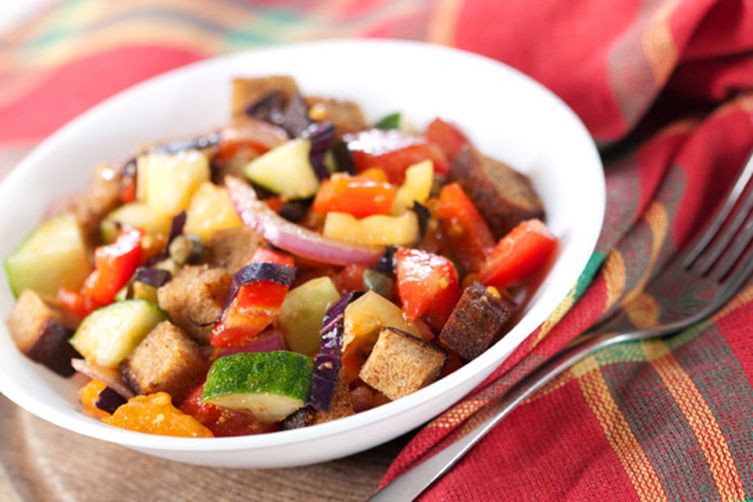 It’s best to make this dish at least a couple hours ahead of time and serve it at room temperature. At first, the dressing may not seem like enough, but don’t be tempted to add more. If your tomatoes are really ripe, they’ll release moisture into the salad over time. Just keep tossing every 20 to 30 minutes. This recipe was written by the Healthline Editorial Team: http://www.healthline.com/health-recipes/grilled-panzanella-salad —Healthline