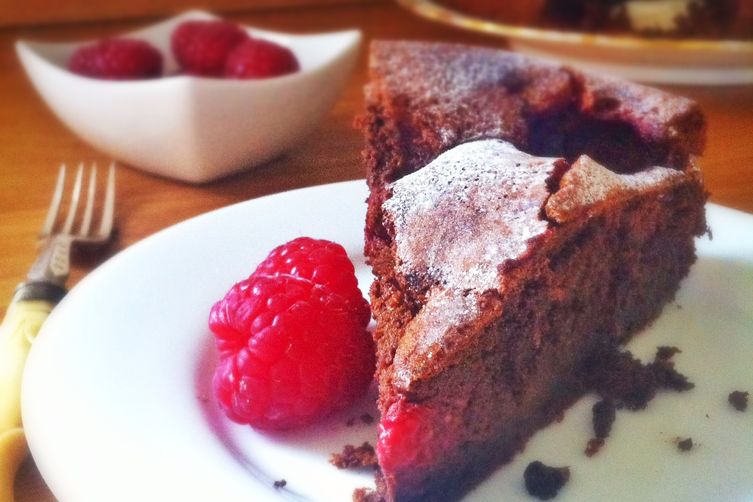 Author Notes: A rich, dark and decadent dinner party Flourless Chocolate and Raspberry Torte that you won’t believe is GF and nut free too. And raspberries and chocolate are a marriage made in foodie heaven!

While the torte is straightforward enough to make, there are a few crucial points that would be remiss of me not to highlight;

Take some time to line the sides and base of the tin with waxed paper.

The eggs must be at room temperature – they will not whip up to the volume required otherwise.

Ensure that the bowl and beaters for the egg whites are scrupulously clean – any bits of grease or egg yolk and they will not whip up as voluminously. Unless you have 2 sets of beaters, start with the whites first and then move onto the yolks.

Use large bowls – the whites whip up to 4-5 times their original volume.

When you are whipping the whites, add the sugar a little at a time.

Use a large metal spoon to fold in the egg whites – rubber spatulas destroy the volume.

When folding the second and third batches of egg whites, be gentle – don’t knock out the air. The whites are the only leavening agent.