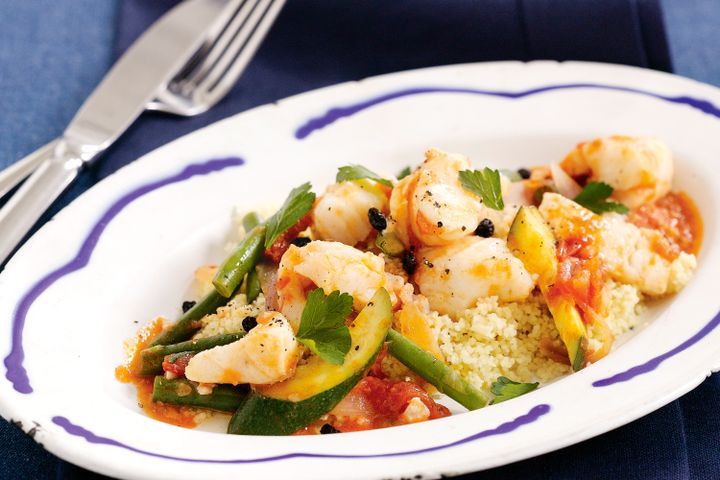 You are here: Home / Meal Type / Dinner / Fish tagine with cinnamon and currants

If cinnamon sticks are unavailable, use 1/4 tsp ground cinnamon. If you like it hot, add 1 small fresh red chilli, thinly sliced, with the garlic in step 1. Budget tip: Replace the fish with chicken thigh fillets and cook for 8 minutes in step 3.