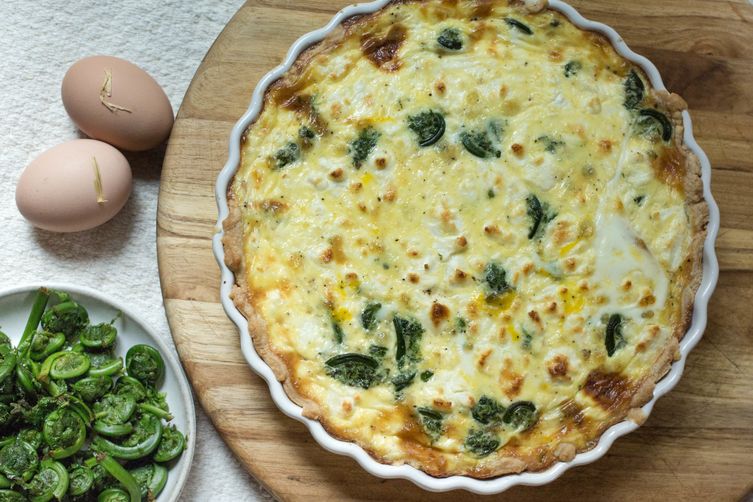 Author Notes: Fiddleheads, or the furled fronds of the Ostrich fern, are foraged every spring. If not cooked thoroughly, they can make you sick. I tend to cook them a little less time than called for because I don’t like mushy veggies. But for the sake of best-practice, this recipe ensures well-cooked fronds. Fiddleheads taste somewhere between an asparagus and a mushroom. If you can’t find fiddleheads or if they’re not in season, use slightly-threatened asparagus (whole or cut) or lightly-sauteed sliced wild mushrooms in place of the fern fronds. —Mary Catherine Tee