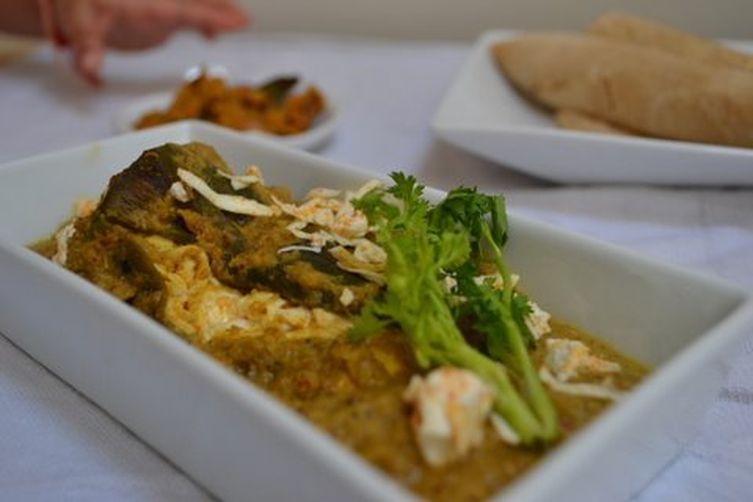 Author Notes: Mirchi ka Salan is a flagship dish from the Southern Indian city of Hyderabad. In colonial days Hyderabad was a princely state ruled by the Nizam and the culinary culture there represented a beautiful fusion of regal Moslem traditions from the north and the light yet fiery spices & ingredients from the south. The dish traditionally consists of pan seared (almost blistered) hot peppers in a sesame peanut gravy. Upon taking a bite of this, the initial soothing & smooth taste of the seasoned peanut & sesame gravy is ‘ear splitting-ly’ interrupted by the bite from the smoky green chili, a shot of pain so delicious, it keeps you coming back for more.

My interpretation of this dish calls for stuffing roasted Poblano peppers (not a chili pepper used in India as yet) with a mix of seasoned Paneer & Israeli Feta cheese and cooking it in a a peanut & sesame gravy. —Panfusine