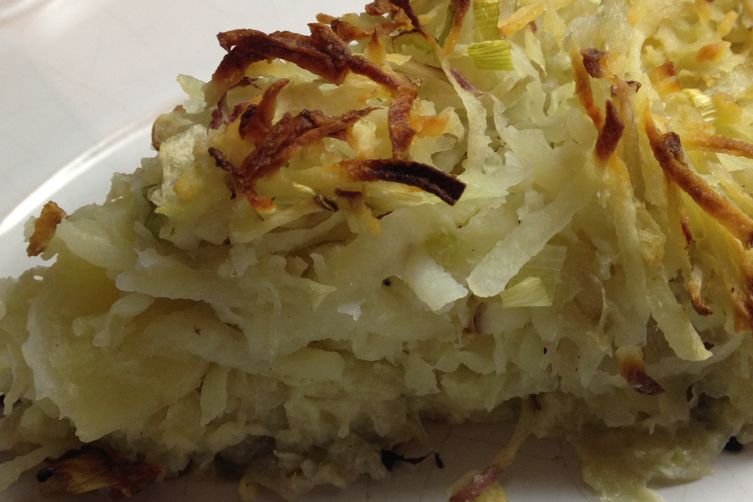 Author Notes: Sometimes my mother will surprise me with a culinary memory of her mother’s special way of preparing a treasured recipe. I never knew my grandmother, who passed away when my mother was a child, so these reminiscences are all the more poignant.

Kugel is a very traditional Jewish side dish, a pudding meant to be eaten with a savory main. It can be a sweet and moist noodle-and-raisin preparation or a savory potato cake, usually baked in a square or rectangular casserole. The potatoes are usually nearly pureed and a good amount of oil added to make It hearty and filling, even a bit heavy. When I told my mother my kugel experiments, she responded “my mother used to put sliced onions in the bottom of the pan.” After experimenting with different vessels, I decided to try a heavy black cast-iron pan to see if it would produced the crisp crust I sought. I heated it on the stovetop, allowed the onions to brown, then added the potato filling, popping it in the oven to finish. Here are the results, crispy on the outside, creamy in the middle. —creamtea