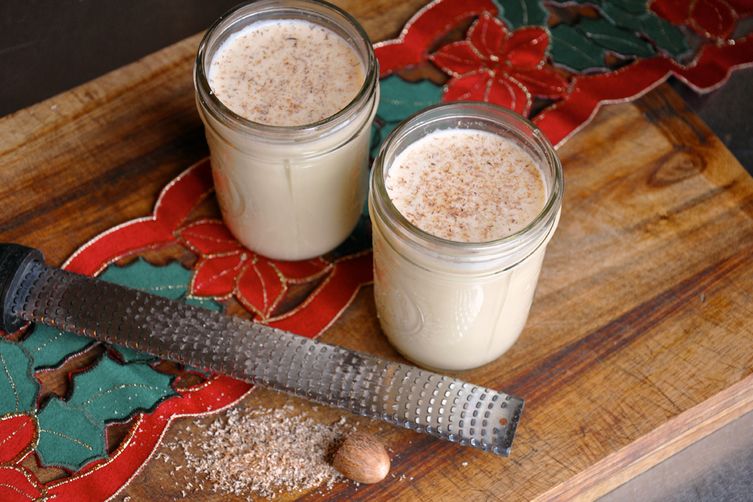 Author Notes: First, a brief history: egg nog was created by the English in the 18th century using brandy, but only really drunk by the rich who had access to dairy and eggs. When it came across the pond in colonial days, we had tons of farms so just about everyone could enjoy it although brandy was heavily taxed so we used dark rum since we had access to Caribbean trade routes. Later in the Revolutionary War, rum came in short supply so we started using whiskey and then eventually bourbon.

I did my own little not-so-scientific taste test with all four liquors and the winner for me was actually brandy! It didn’t taste boozy and had a great caramel, vanilla creaminess that was very warming – damn Brits! I also tried to make this recipe not too off the boards nutritional, and used 1% milk and heavy cream. You can save 130 calories, 15g fat, 9.5g saturated fat and 60mg cholesterol by replacing the heavy cream with half-and-half, but I found the latter to be too thin. Either way, don’t think this is without some benefit! It’s “High In” phosphorus and riboflavin – you are doing your bones and teeth a solid so drink up this holiday season. —Vegetarianized.com