by Thao Vespa
in Snacks
0 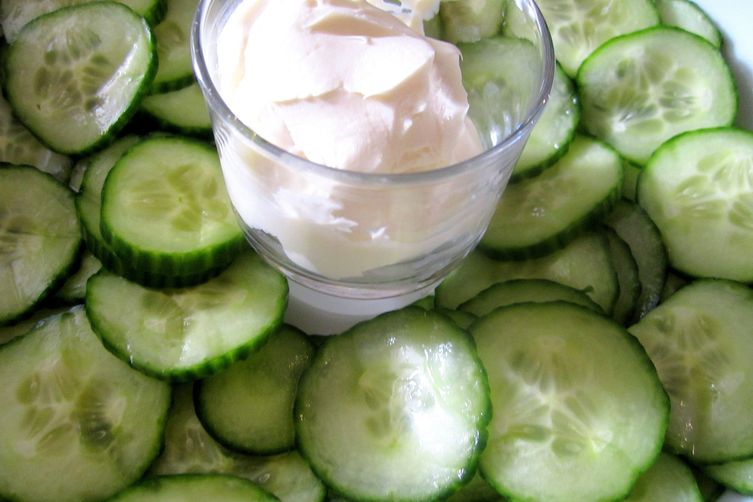 Author Notes: These crisp cucumbers were a favorite during hot summers on my grandparents’ farm in New Hampshire. Cucumbers are thinly sliced, salted and pressed with a weight in the fridge, drawing out much of the excess moisture. They’re then drained, tossed with apple cider vinegar and dipped in sour cream or crème fraîche if you’re feeling fancy. Refreshing, extremely simple and a great alternative to a bowl of chips. —HalfKiwi