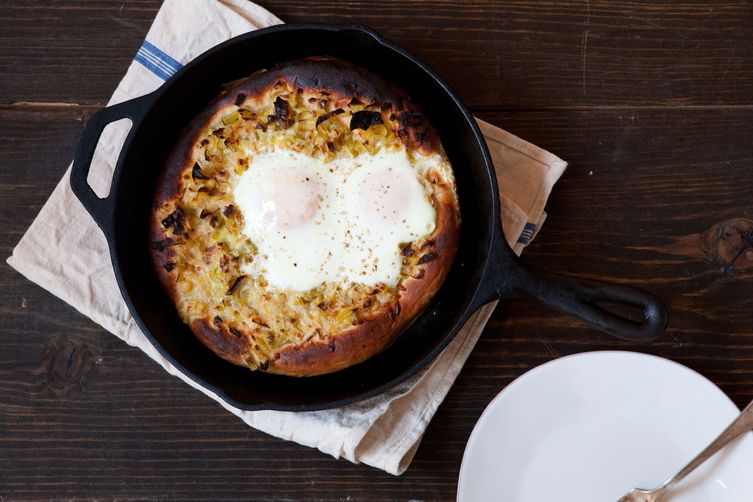 Author Notes: Pizza is one of the best breakfasts. Breakfast pizza (with eggs on it) also makes a good dinner. Pizza for every meal, yay! Anyway, this recipe is inspired by Ian Knauer’s pizza recipe in the Eggs edition of Short Stack. I simplified it and adapted it to the skillet pizza method, which is a great way of getting a super crusty crust, if that’s what you’re into, and also cooks your pizza so fast that if you made your dough the night before (which you should anyway) and have the toppings ready to go first thing in the morning, you could practically make fresh skillet pizza on a weekday morning. —fiveandspice

Stuffing It Up Baby Artichoke

Stuffing It Up Baby Artichoke