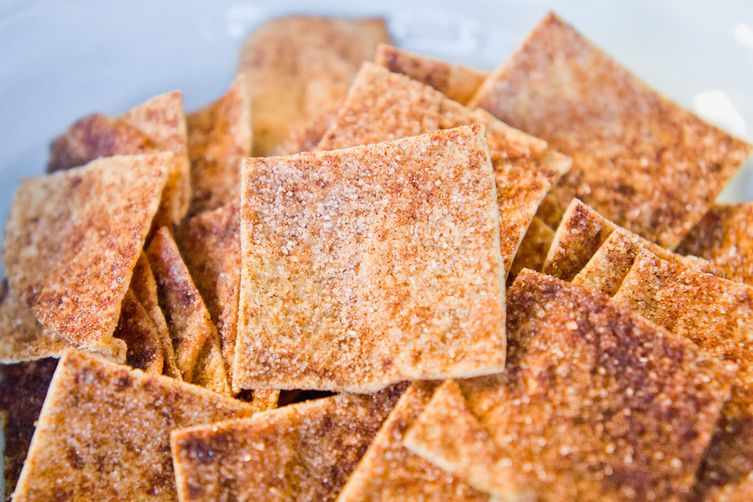 Author Notes: These crunchy little chips, dusted with a handful of sparkling cinnamon sugar, are sure to remind you more than a little of that childhood favourite, Cinnamon Toast Crunch. Except that you made these. With four ingredients. In 15 minutes. Hurray!

A quick note on ingredients:

I used pitas that were roughly 12 inches wide – if yours are a different size, you may want to adjust the quantitites of oil and cinnamon sugar a bit. For medium (~8-inch) pitas, a total of 1.5 tbsp of oil, 3 tbsp of sugar, and 1 tbsp of cinnamon (about 3/4 tsp oil and 2 tsp mixture per round) should suffice! If you need to make more cinnamon sugar mixture, just use a ratio of 3 parts sugar to 1 part cinnamon.

These are best made with thin, mild-flavoured pitas – they crisp up the best, and don’t overwhelm the cinnamon-sugar flavour. —foodhappy