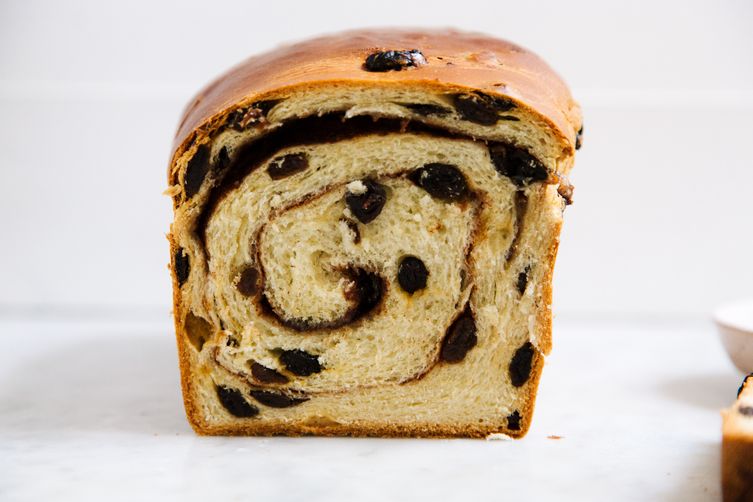 Author Notes: A lot of cinnamon bread recipes use simple white bread dough (without any dairy or eggs), but I prefer sweet breads with a bit of richness. For this version, I started with a brioche-inspired dough with a generous amount of butter. Then, I tossed in a handful of raisins because I love their texture—raisin avoiders can, of course, leave them out. I was tempted to add butter to the filling, but in a loaf like this, the butter will create gaps between the dough and filling and eventually leak out of the dough and burn in the oven. Instead, I brushed the dough with milk before sprinkling cinnamon-sugar over the top.

Make sure to roll up your loaf tightly, and be careful to not let the loaf rise too much in the pan or you will get big gaps between the filling and dough. —Yossy Arefi

For the bread dough: