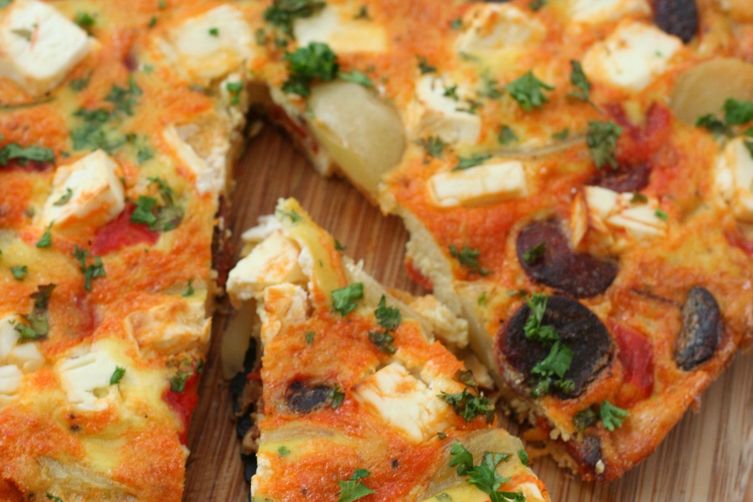 Author Notes: We planted potatoes for the first time this year, joking that we were earning our Irish citizenship now (we’re both expat Americans). Of all the things we planted, my husband was most excited about the potatoes. The first thing he’d do when he got home from work was make a beeline to the garden to check on them, sometimes barely even stopping to say hello to the kids first. So when the diagnosis came back from our expert gardening friend earlier this summer that the potatoes had blight, he was pretty cut up about it. The good news was that the potatoes were still perfectly edible, but the bad news was they wouldn’t store well. Suffice it to say we’ve been eating a lot of potatoes this summer. Red peppers aren’t the star of this dish, but play a perfect supporting role to the chorizo. —Kristin