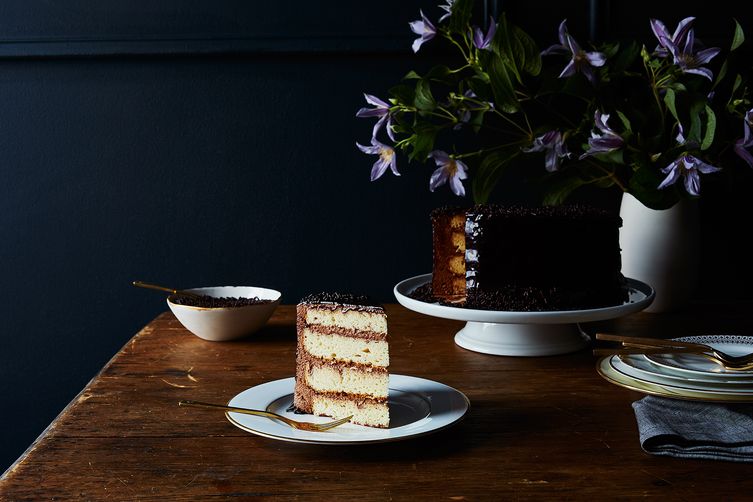 Author Notes: I’ll just say it: this is a “fancy” cake. It’s not necessarily hard to make, but it’s time consuming and involves several components. But the effort is worth it; the finished result is a TOTAL stunner. It’s the kind of cake that looks like you bought it at a fancy-pants bakery and is sure to wow whomever is lucky enough to get a slice. The streamlined look comes thanks to the use of a mold—a cake ring or the outside of a springform pan. You build it upside-down so you’ll always have a flat, sharp edge. Plus, the whole thing is covered in a super-pretty shiny chocolate glaze. —Erin McDowell