by John Lee
in Side Recipes
0 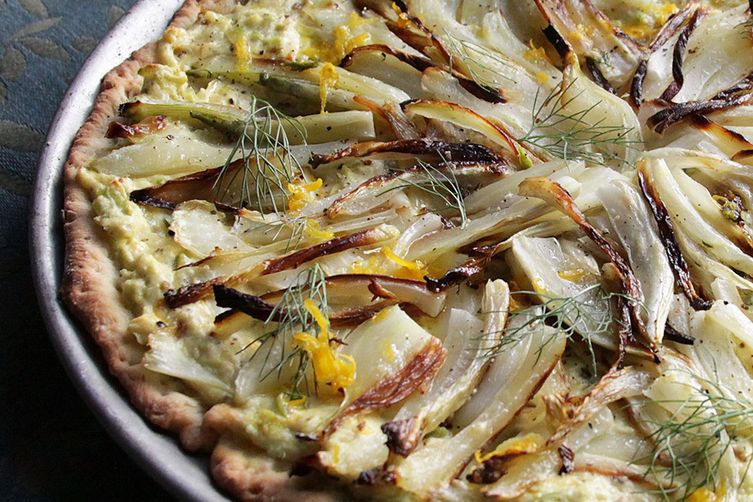 Author Notes: As odd as it sounds, it seems I am allergic to celery. And so I often turn to fennel to add an extra flavor component in broths and sauces. I love the way the fennel bulb will caramelize offering a sticky sweet depth of flavor and I love serving it roasted in wedges alongside some equally simple chicken or fish. I generally tend to save the stalks and fronds for stock but decided to incorporate all parts of the plant into a pizza-type dish. The bulbs were roasted to a mix of tender sweet and crisp, sticky brown, the stalks were sautéed with leeks for a base sauce made with ricotta and the fronds are used as garnish. Orange, parmesan and roasted garlic seemed obvious pairings. This would also be delicious on a crusty, grilled baguette and I am 100% putting a fried egg on top of the leftovers. —savorthis