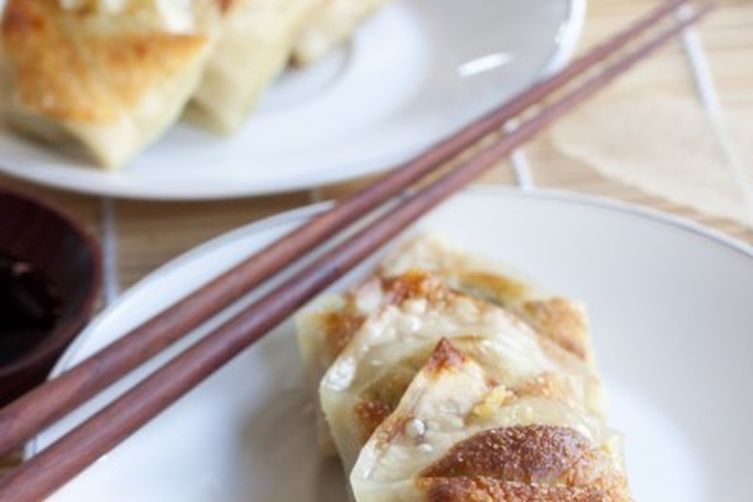 Author Notes: I’m no dumpling expert. I’ve only made them a few times, but I do find them really fun, and they’re great for experimenting. Anyways, these ones were definitely experimental – a tasty experiment! They were inspired by the broccoli ginger puree in The Essential New York Times Cookbook, which sounded really delicious, but I wasn’t in the mood for just eating a puree. So, I thought I would make a version of it into a filling for dumplings. I added a touch of ricotta too, for creaminess and bulk (I guess I had ravioli on the brain), and then devised a gingery sweet-salty dipping sauce for a total fusion dish! —fiveandspice