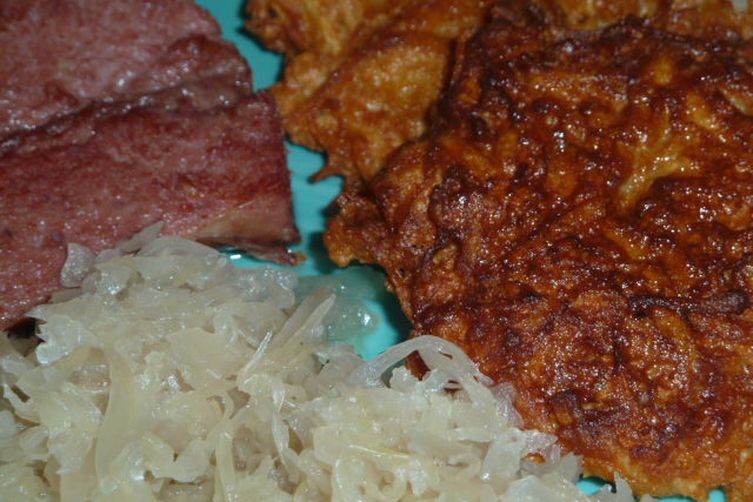 Author Notes: When we were kids my mother and my aunt (Teta Lida), would be speaking in Czech and laughing their heads off. We would ask them what was so funny and they would say “It doesn’t translate”. Same goes for their recipes that say “reserve the drained liquid from the potatoes and add exactly that much milk”…This is my version of the Czech version of potato pancakes made with caramelized onion and caraway seeds. – nannydeb —nannydeb

Food52 Review: These are de-lic-cious. I really do think Eastern European food is under-appreciated and these potato pancakes are the perfect example. Flecked with caraway and a wonderful addition of farina they are very nicely flavored and go great with pork roasts, cabbage or sauerkraut, which is how we had them for Sunday dinner. They would also stand nicely on their own with sour cream or, as we had them, with curry ketchup. I made them twice, because I liked them that much, and the second time I used a light hand and made sure not to over mix the dough. Thanks nannydeb for posting this delightful family recipe. —thirschfeld