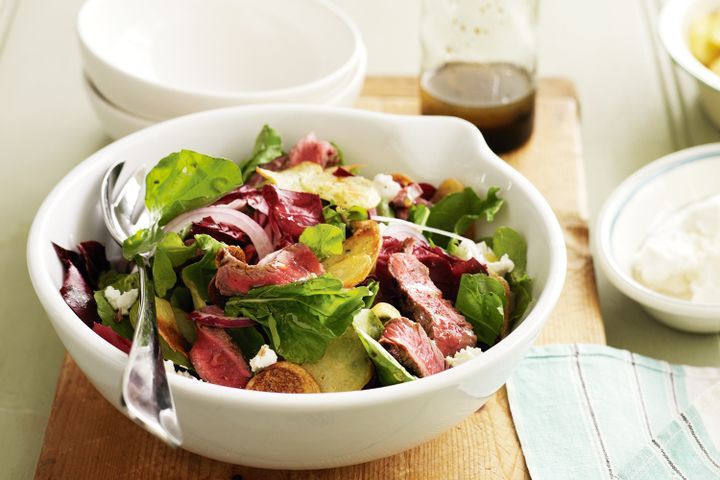 For the kids: Omit the onion and rocket. Replace the treviso with 1 baby cos lettuce. Replace the goats cheese with fresh ricotta.