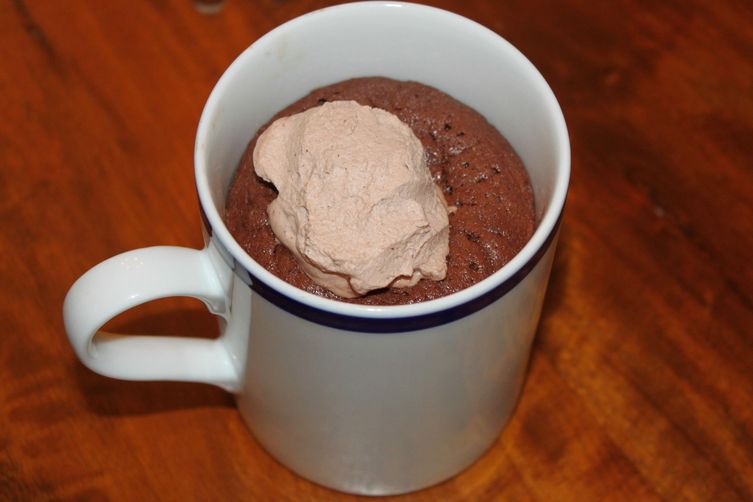 Author Notes: The first time I saw the recipe for Baked Hot Chocolate in The Essence of Chocolate cookbook by John Scharffenberger and Robert Steinberg, I was hooked on the concept. I loved the whimsical touch of baking the cakes in coffee mugs, and then topping with a big dollop of whipped cream. For chocolate lovers, it’s a combination of three great desserts in one – the top layer is crisp and cake-like, the middle layer a warm chocolate pudding, and the bottom layer a thick and gooey version of hot chocolate.

I decided to create my own version but instead of a flourless dessert, I wanted a little more structure. I accomplished this by adding equal parts of almond and cake flour – just enough to add some texture and flavor without compromising its three-layer nature. I also decided to change up the technique of adding the eggs. The original recipe calls for incorporating whole eggs, but akin to making a soufflé, I opted for separating the eggs so I could beat the egg whites to stiff peaks and fold them into the chocolate mixture. I also substituted confectioners’ sugar for granulated sugar, thinking that the former just makes more sense. Probably the biggest deviation of all – and the one that I love the most – is the addition of orange zest and star anise. I tinkered around with the quantities, landing on what I feel is the perfect amount to add interest but not overwhelm the chocolate. And whatever you do, DO NOT skip the step of making the cocoa-star anise whipped cream, which I based off of Nancy Silverton’s Genius Whipped Cream recipe (on this site). I not only recommend putting a big dollop on top but serving the rest on the side so you can keep adding more.

For the Baked Hot Chocolate

For the Cocoa-Star Anise Whipped Cream