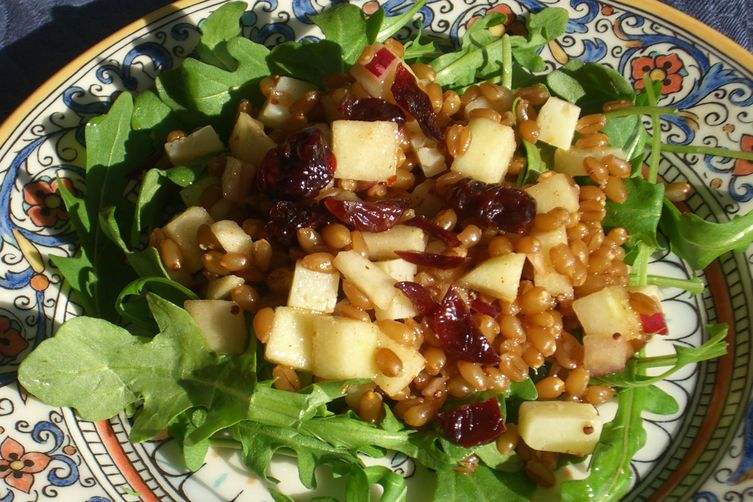 You are here: Home / Meal Type / Appetizers / Apple and Manchego Salad with Wheatberries

Author Notes: We’ve been enjoying the apple and manchego salad at Jose Andres’ Jaleo restaurants in DC for years. This was inspired by that combo of the apple, cheese and a vinaigrette. The beauty of the salad is that the peeled apple and Manchego are hard to distinguish, so you get a surprise in each bite. I learned how to cook wheatberries properly from Lorna Sass’ Whole Grains – soak, simmer then steam. They come out chewy and tender this way. – healthierkitchen —healthierkitchen

Food52 Review: Healthierkitchen’s salad has enough character to stand alone as an entrée but also has no qualms about holding its own next to a big piece of meat. I should know. I ate it for lunch solo, and again at dinner with a grilled pork chop. Wheatberries give it an overall nutty, chewy mouthfeel while the apples and Manchego alternate complementary crispy-sweet and softer, salty bites. The dressing doesn’t overpower the salad’s elements, but rather melds into a balanced background. —cheese1227